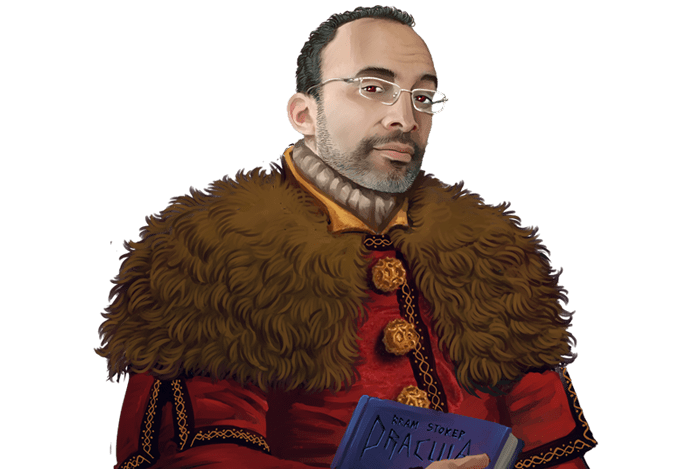 Abraham Kawa writes and researches comics, films and genre fiction. He has studied English and French Literature and Journalism and holds a Master of Arts and a Ph.D. on Postmodernism, Literature and Contemporary Culture from Royal Holloway University of London.

Democracy (2015) his graphic novel with artist Alecos Papadatos on the birth of Athenian Democracy during the 6th century BC, has been published in eleven countries and translated in seven languages. Among works of his published in Greece are the study Virtual Gazes: Postmodern Narrative in comics, film and fiction (futura, 2002), the short story collection What Song the Sirens Sang (futura, 2004), the novels Silver Scream (Jemma Press, 2009), Dead Skin (Jemma Press, 2011) and The Guest (Jemma Press, 2014), as well as the graphic novel trilogy Scarlet Sisters with artist Yannis Roumpoulias (Jemma Press, 2018-19), while works published abroad include the story ‘The Wolves Outside the Cage’ for the anthology Mark of the Beast (Chaosium Inc, 2016) as well as the fantasy series Undying Queen και Huntress of Men (LMBPN Publishing, 2021-).

Other than his work as a writer, he has taught Cultural Studies at the Departmeny of Cultural Technology and Communication of the University of the Aegean from 2003 to 2011 as well as Film and History for the Hellenic Open University’s Public History Master’s Program from 2019 to 2021, while from 2011 onwards he has taught Scriptwriting and Creative Writing at the Comink School in Thessaloniki.